In the west of Uttar Pradesh lies Aligarh the “Mecca of Education”. It is just 140 kms from New Delhi. This city lies in the Doab area between the holy rivers the Ganga and Yamuna. Through the centre of Aligarh city the Grand Trunk Road, the Agra-Moradabad road and Delhi-Howrah metre gauge passes. 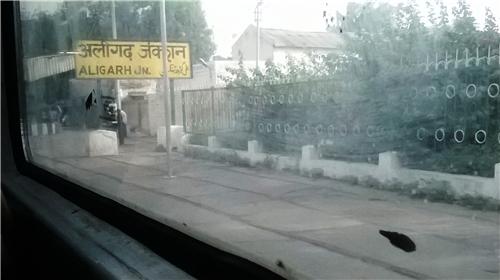 Aligarh is the main metro city of Uttar Pradesh. The total area of Aligarh is 5019 sq. Kms. It covers 112 kms from west to east and 72 kms from north to south. Aligarh district is divided into five tehsils which are again divided into twelve development blocks.

The climate of Aligarh is influenced by monsoon, so it is mainly sub-tropical humid climate. Human life and culture depends a lot on the climate and environment of an area. The climate of Aligarh is divided into winter season, summer season and rainy season. The summer starts in the month of April and it is very hot as the temperature ranges between 26°- 46° C. It becomes very humid when the rainy season starts at the end of June and continues till September. During these months the annual rainfall is 800 millimetres. The winter season starts in December and it is generally cold and foggy as the mercury dips to 1° C in the month of January, Temperature during winters vary between 12 - 16° C. The best months for tourists to visit Aligarh are February, March and November.

The Ganga
The holy Ganga separates Aligarh from Budaun district. It surrounds Aligarh in the north east and brings good alluvium soil with it during monsoon season which is good for agriculture.

The Yamuna
The Yamuna river coming from Delhi surrounds the Aligarh district in north west. The Yamuna water makes the land fertile for crops.

The Kali
This tributary of Ganga enters from the north side. This perennial river causes floods which leads to the destruction of cultivation.

The Isan
The Isan is also a tributary of river Ganga and originates in the eastern part of Aligarh district.

The Rhind
The Rhind is a drainage channel which joins Yamuna. After heavy rains when this river recedes a rich layer of alluvium soil is left which is good for cultivation.

Types of Soils in Aligarh

The fertile alluvium soil of Aligarh district is brought by Ganga and Yamuna rivers. The older alluvium soils cover maximum area in Aligarh and their texture varies from good quality to sandy. This is the most fertile soil and maximum cultivation of crops is in this area.

The newer alluvial soil is in the eastern part of Aligarh along the Ganga and in the west it is along Yamuna. These soils are grey in colour and their texture varies from sandy to silt loam.

The reddish brown calcareous alluvial soils found here are not good for agriculture due to poor inorganic matter and insoluble salts.

Because of poor drainage system and high water table saline and alkaline soils are also present in large areas of Aligarh city.