Aligarh, earlier known as Kol or Koil is a popular metro city of Uttar Pradesh, India. This“ Mecca of Education” situated in the western part of Uttar Pradesh is famous for Aligarh Muslim University, which was started in 1875 by Sir Syed Ahmed Khan in the name of Mohammedan Anglo Oriental College.

Aligarh is one of the leading industrial hums of India having nearly 25,000 small scale and large scale industries. This city is also known as “City of Locks” because the second largest lock manufacturing industry of Link Locks was established herein 1870. Aligarh with population of 43,23,760 is situated in Doab, between the holy rivers of Ganga and Yamuna. 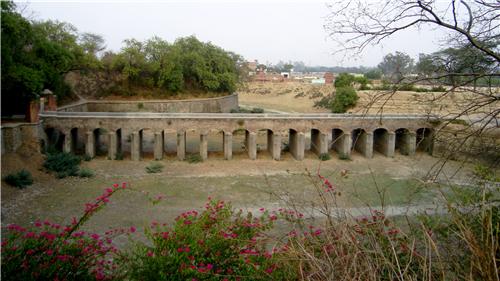 The origin of the name of Kol is unknown and there are many stories behind this name. According to historians, Kol was name of some tribe, caste, place or mountain. While some believe it was a name of a sage or demon, who was killed by Lord Krishna’s elder brother Balrama.

Aligarh was ruled by Dor Rajputs and their chief was Hardatta of Baran. In 1194 A.D. Qutb-ud-din Aibak invaded Kol and appointed Hisam-ud-din Ulbak as its governor. Muhammad (son of Umar also governor Kol), during Ibrahim Lodhi’s reign renamed Kol as Muhammadgarh in 1524 – 25. Again it was named Sabitgarh by Sabit Khan who was the governor at the time of Farrukh Siyar. He also rebuilt the old Lodi fort. Year 1753 saw the rise of Bargujar chief against the destruction of Hindu temples. In the same year ‘Battle of Ghasera’ was fought between the Jat ruler Surajmal with the help of Jai Singh of Jaipur and the Muslim army. All the women committed Jauhar when Bargujar Raja Bahadur Singh died fighting in the battle.

During Akbar’s reign Kol was made a Sirkar. Aligarh got its present name from the Shia commander Najaf Khan who captured Kol. The famous Aligarh Fort, where the famous battle of Ally Ghur was fought on September 1, 1803 was built by French engineers. In 1804 the present district of Aligarh was formed when the Britishers took over. The famous Khilafat Movement of 1920 also started in Aligarh city. The Jats, the Marathas, the Mughals and the British all ruled the kingdom of Aligarh.