Relaxation and entertainment are inseparable part of human life. Entertainment acts as a booster of fresh energy in the body, and removes the tiredness of long work of several weeks. Further, watching movies in cinemas provides unforgettable experience and is the oldest mean of entertainment. This is now losing the attention of several people, however, multiplex and cinema halls in shopping complex have given rebirth and new definition to entertainment and cinema. Entering multiplex for watching movie generates great fantasy and excitement in entire body.

Aligarh has around nine theatres that are the source of entertainment to the people of this city. Some of the popular theatres and multi complex like Big Cinemas, Grand Surjit Cinema, Star World Cinemas and Novelty Cinema are the greatest attraction for the students of Aligarh University. These new multiplex cinema halls are well equipped with latest entertainment tools and techniques. They provide best quality of audio and video to their customers that provides real trilling effects of dialogues and scenes of the movie. Some of the theatres also promote animation and art movies in the city. Multiplex are the best place to relax after tight scheduled of work of entire week and spend some quality with friends and family members. Details of all the available multiplex and cinema halls in Aligarh are provided below. 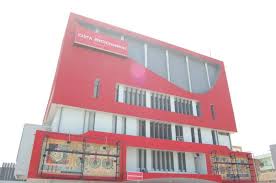 Explore more about Lifestyle in Aligarh